How Can WE Help?
theYGSgroup.com 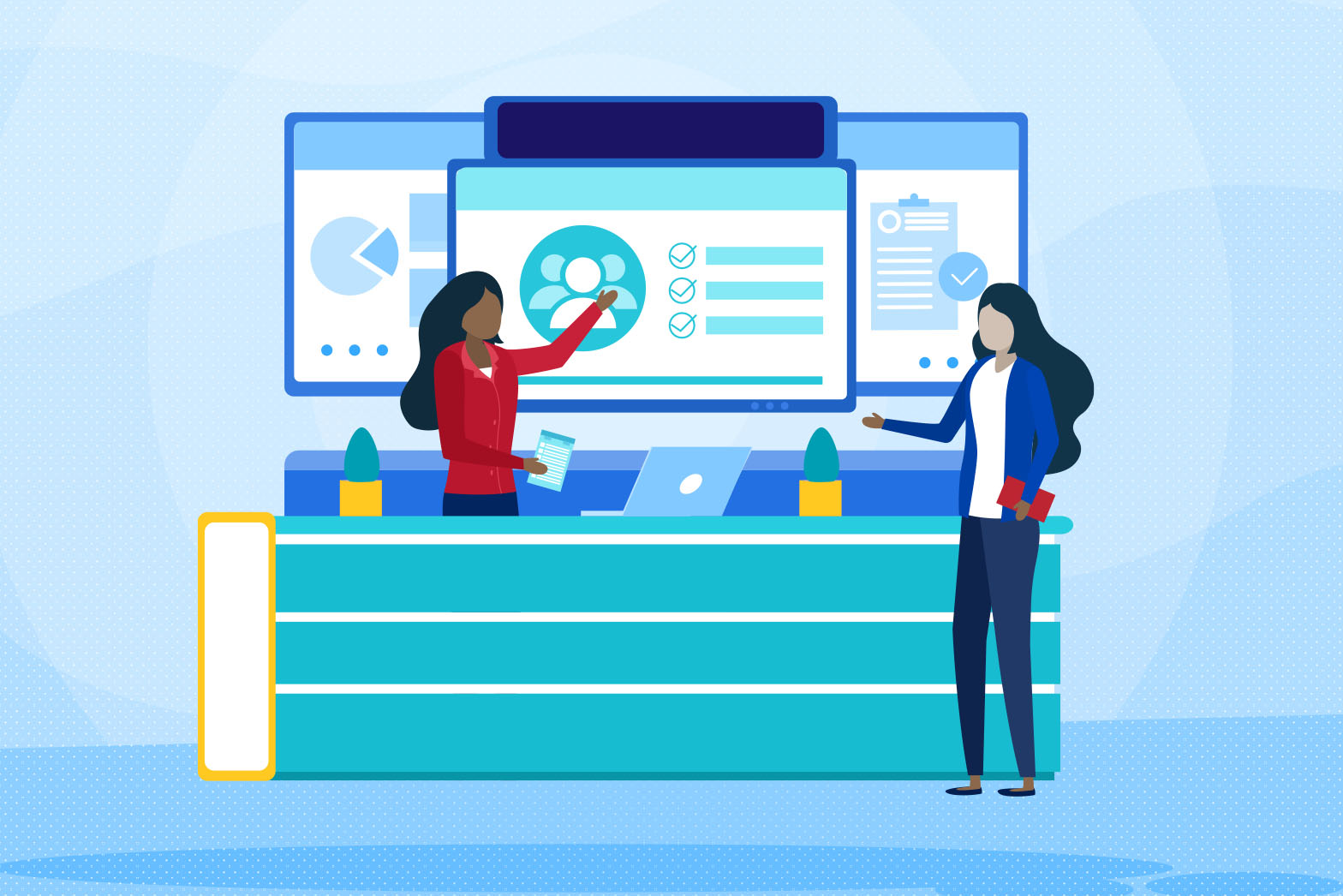 According to Trade Show News Network, event attendees spend an average of 8.3 hours visiting all the booths and displays at a trade show. As associations get back to offering in-person events, it’s essential that exhibitors understand how to get the most out of their booth spaces—and how to walk the walk throughout the entire experience.

From the space itself to the people holding it down, here are some key practices exhibitors can implement for successful shows.

Other than maybe buzz about a great new product or visually striking branding, what makes an exhibitor’s booth approachable? Layout. Booths should be inviting and open the door to make human, face-to-face connections in a natural, pressure-free way for attendees and exhibitors alike.

One way to create a more approachable booth is by setting up tables in a way that encourages entry into the space. If an exhibitor’s tables are set up near an aisle, that immediately cuts off any room for booth traffic, causing traffic jams that potential visitors may simply avoid. Tables should be set up alongside the booth space or further back to allow room for people to enter a less crowded, more inviting atmosphere. Think of it as an open floor plan.

Speaking of floors, booth flooring is an often-overlooked key to exhibitor success. Many conference venues such as convention centers and resorts have wooden or tile floors. If there is carpet, it’s typically thin with little padding over the concrete underbelly. Keep in mind that attendees are constantly on their feet, moving from exhibit to session to lunch to session to exhibit and so on. They may appreciate an invitation to a heavily padded booth carpet, and that gets exhibitors some valuable face time to start a conversation.

Another approachability factor worth considering is seating. If exhibitors do opt to have seating in their booths, they should choose barstools or similarly heighted chairs. That way, if exhibitors feel that they must rest their feet, they don’t sacrifice being at eye level with anybody who enters their space.

If exhibitors are looking for a differentiator to catch the eye of passersby (i.e., potential customers), they should consider creating an interactive space.

For instance, say some of your exhibiting members sell a software solution for your industry. They could give conferencegoers a glimpse into how their product works by placing tablets on your booth table with interactive walkthroughs or even games programmed and ready to inform visitors.

Of course, as has been made paramount in the COVID-19 era and should be of emphasis moving forward, interactivity must be accompanied by cleanliness. Neglecting to sanitize tablets after an attendee touches one is not only a bad look nowadays, but it’s risking infecting other attendees and exhibitors. Remember: No vaccine is 100% effective. It’s also a smart idea to keep hand sanitizer and disinfectant wipes around for other high-touchpoint areas of your booth, whatever they may be.

For attendees, sometimes the most value they can get from visiting an exhibitor is a giveaway, especially one that leads to a connection post-conference. Also note that, according to Princeton Marketing, 52% of attendees are more likely to enter an exhibit if they’re offering some kind of giveaway or freebie.

On the more traditional side of things, exhibitors should always come to an event prepared with pamphlets, brochures, one-sheeters, and business cards. These are your tangible pieces that members physically take with them and read during breaks, in their rooms, in the venue lobby before dinner, and as they await their flights home, among other downtime opportunities. Exhibitors can’t afford not to get these often-inexpensive items in front of potential customers. There should be some form of contact info on everything you give away; there should also be a follow-up sheet in your space for visitors to fill out (name, company, and contact info), which will generate leads post-conference.

On the less formal side, who doesn’t love free tchotchkes? Giving away items such as branded magnets, pens, mints, hand sanitizer, whistles—you name it—is a great way to be remembered after the show, and they can sometimes be conversation starters. (One item I’ve personally seen generate the most buzz? Golf balls.)

An exhibitor’s affability and willingness to engage booth visitors are paramount to forging new relationships. According to Highway 85 Creative, 85% of an exhibitor’s success at a trade show is dependent on the performance of the staff they bring.

In today’s smartphone-laden society, it’s important for exhibitors to not lose sight of the fact that attendees are actively looking to connect face to face. Exhibitors who are sitting down, slouched over on their phones or laptops give off a vibe that they don’t want to be disturbed. Instead, try to keep electronics away or out of sight so that you can openly engage and welcome attendees into your booth.

When it comes to actually talking with booth visitors, more personal, human conversations may serve as a bridge to doing business based on likability and trust. When asking visitors questions, exhibitors should leave them open-ended. Avoid questions such as, “Can I help you find something?” or “Do you have any questions?” Instead, questions such as “What has been your biggest takeaway from the conference so far?” or “What are some of your daily challenges that we can help you with?” leave far more room for an ongoing discussion.

When an event ends, that doesn’t mean an exhibitor’s job ends. Remember that follow-up sheet? That should offer exhibitors plenty of leads to follow up on after the conference. That noted, leads shouldn’t be pursued until a couple of days after an event. Most professionals return to a flurry of emails and items to catch up on, so giving them a few days to breathe will help to garner more actionable responses.

The Future of Remote Work Part II: The Employer Angle

Three Steps to Reinforce the Value of Your Events